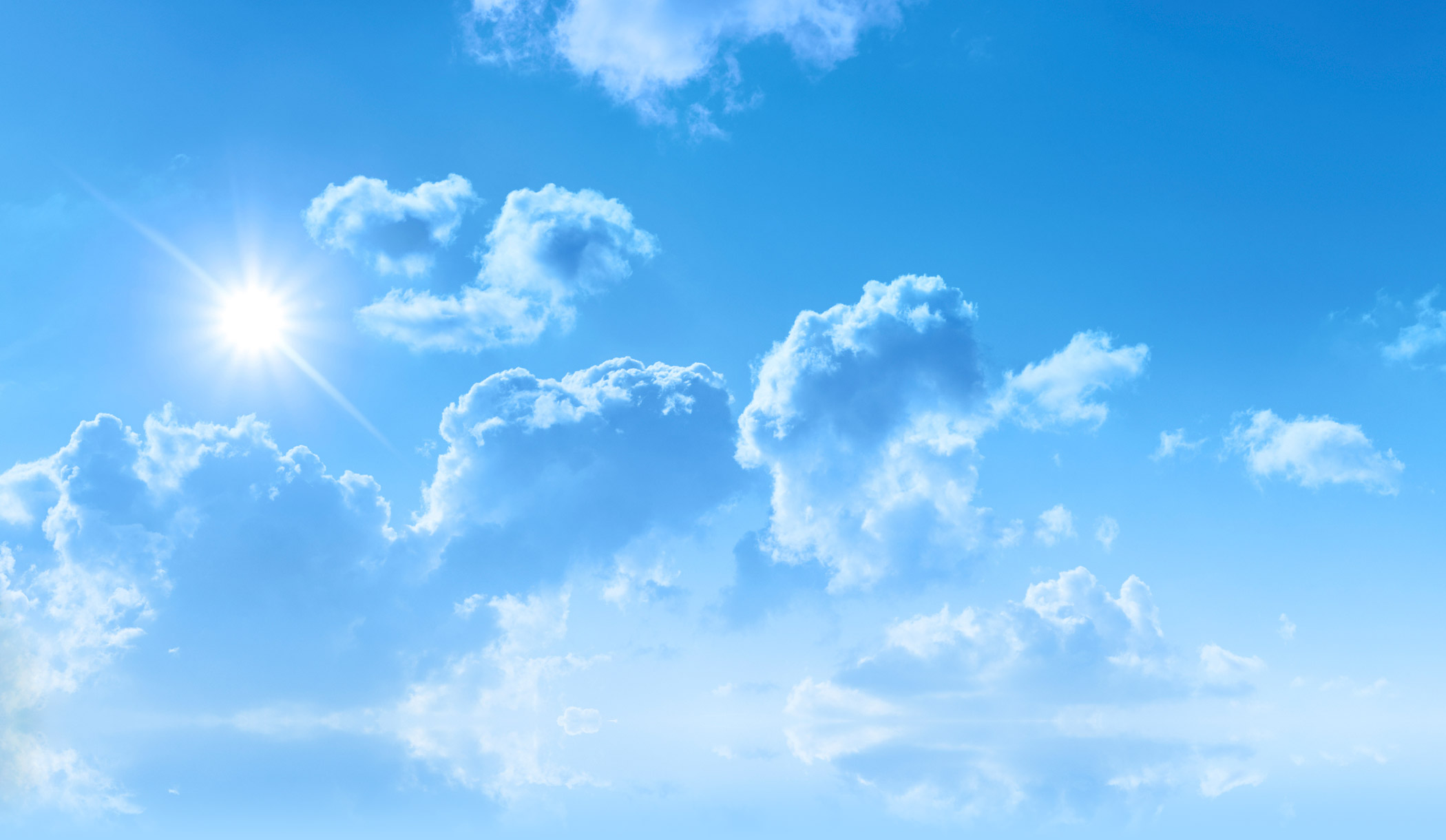 Why I wrote A writer’s guide for beginners

My love for writing started long after my love for reading. As a child I was a complete bookworm and read everything I could get my hands on, from children’s books like Mallory Towers and The Secret Seven to my mum’s Catherine Cookson collection and my dad’s crime and thrillers. Nothing was better than escaping into the various worlds created in those books. I grew up always wanting to write my own book, to create the same escapism for others, but for some reason I struggled to do so. Every time I tried nothing more than poems ended up on the pages, which was highly frustrating. I continued reading and in my late twenties after experiencing a panic attack, I managed to finally write. Yay. I always think of it as my ‘aha’ moment. I wanted to document how I felt in that moment, I wanted to be able to explain to my partner that it was so much more than being unable to catch my breath, so I took out a pad and pen and started. This was so therapeutic, being able to unleash all those emotions and frustrations held only in my head and expel them was freeing. Once that was down, the basis of my story, I created a character around this who suffered with these attacks and I formulated a background for her. My very first novella was born because I wrote about something I knew and understood.

I don’t talk about this book now. I don’t spend any time promoting it or sharing snippets. I pretend it never existed and have let it fade in the distance because I’m ashamed of it. That’s sad because it started me on this journey. The reason for this is because after finally writing my first piece of fiction I was so incredibly excited and proud of myself that I immediately looked into publishing. I didn’t have it edited or proofread, the only beta I had was my mother, who let’s face it, is biased. I didn’t have it formatted. I bought the first cover I fell in love with and did the font for it myself. I had no social media presence, no author page or writer friends. I had nothing except impatience to get it out there and naively I believed it would make me money. I was wrong.

I did everything a first-time writer shouldn’t. Including receiving a contract from a vanity publisher. Luckily, I couldn’t envision parting with thousands of pounds to sign with them and after researching I realised what this company was. That is why I wrote the Writer’s guide for beginner’s unit. Everything I warn about included in it are things that I did. I learnt the hard way by trial and error, but if I can pass on the tips I learnt then you won’t have to make the same mistakes I and so many others make.

My novella was actually well received for the most part and had some great reviews, but I cringe when I look back on how unprofessional it was.

I was one of those people that shared on social media regularly throughout the day and my friends and followers felt spammed – my brother even unfollowed me because he’d had enough of my book posts.

My next book was released the following year in a completely different genre, but this was a full novel and ended up being a three book series. I still made mistakes, I was still too eager and overlooked many things I shouldn’t have. But I had learnt. By this time, I had made friends with authors and bloggers. I joined groups and set up an author page and by the time my first standalone was ready to release I was in a good place. I had trusted contacts, I took part in interviews and takeovers. I had people who genuinely enjoyed my stories and I was invited to signings. I took part in giveaways and set up a reader group. My writing dramatically improved and the last book I released has all 4 and 5 star reviews. I’m not a big name in the book world, I don’t rake in thousands of pounds a week from books I sell. I still consider myself a newbie and I’ll always be continuing to learn.

I released a book called Can’t fix crazy in 2017 and after it my social media presence nosedived. I gave birth to my little girl in 2018 and she took precedence over everything else. Without promoting and keeping my name relevant in the eyes of my readers, sales became non- existent. I was due to release Sweet Deceit at the beginning of last year but it was only half finished at that point, and instead I took my time with my daughter, I didn’t stick to any self-imposed deadlines and it probably made the story better for it. A lot of independent (indie) writers churn out multiple books in a year. I’ve never been disciplined enough to even attempt that. I manage 1 maybe 2 a year.

But I still love to write, and this is another reason I wrote the Guide for Beginners unit. To be honest about mistakes I made and pass on everything I learned. I had to navigate this world all on my own. I rushed. This is a business and if you want to make money doing something you love such as writing then you can’t let up. There are millions of writers out there, some with large followings, others with a small fan base – but they keep plugging away daily. If you let your marketing slip it is easy for you to be forgotten and overlooked. Writing is so much more than just writing. Behind the scenes there is a lot of work to be done, to grow your audience, to make sales.

I am by no means an expert in this industry – far from it, but that is why I can relate. I’ve slowly started engaging my reader group again and am thankful they haven’t deserted me. I’m halfway through a new book, in a new genre (for me) and this time will pace myself. There is no rush as I’m not on a deadline which is one of the bonuses of self- publishing, and this time I will put into practice all I’ve learnt over the last few years. I’m a firm believer in paying it forward and I’ve received so much help and advice from the indie community that it’s only fair to pass that on. For this unit my indie friends helped yet again and gave their own advice for beginners, they allowed me to use their covers as reference. Other authors are such a valuable resource. One thing I presumed when I started navigating this world was that other authors were competition and would behave as such. I was so wrong. Other authors are our champions, they love to guide and pass on their knowledge because like us they once were new to this as well. They are aware of the pitfalls, what works and what doesn’t.

We want writers to succeed.

It’s an important job, creating worlds and characters that readers embrace and can relate to. Especially now, when so many of us are at home, our routines have changed and we’re facing so much uncertainty.

Without us putting our imaginations to paper there would be no worlds to get lost in, no escapism that right now is even more special and, no characters to adore other than in movies and I know which I’d prefer to get lost in.

2016-2022 © Brightlink Learning Limited All rights reserved. - Company Number 09929745  Registered in England and Wales. - Registered Address 53 Ridgeway Road, Cardiff, Cf3 4AB
We use cookies on our website to give you the most relevant experience by remembering your preferences and repeat visits. By clicking “Accept All”, you consent to the use of ALL the cookies. However, you may visit "Cookie Settings" to provide a controlled consent.
Cookie SettingsAccept All
Manage consent

This website uses cookies to improve your experience while you navigate through the website. Out of these, the cookies that are categorized as necessary are stored on your browser as they are essential for the working of basic functionalities of the website. We also use third-party cookies that help us analyze and understand how you use this website. These cookies will be stored in your browser only with your consent. You also have the option to opt-out of these cookies. But opting out of some of these cookies may affect your browsing experience.
Necessary Always Enabled
Necessary cookies are absolutely essential for the website to function properly. These cookies ensure basic functionalities and security features of the website, anonymously.
Functional
Functional cookies help to perform certain functionalities like sharing the content of the website on social media platforms, collect feedbacks, and other third-party features.
Performance
Performance cookies are used to understand and analyze the key performance indexes of the website which helps in delivering a better user experience for the visitors.
Analytics
Analytical cookies are used to understand how visitors interact with the website. These cookies help provide information on metrics the number of visitors, bounce rate, traffic source, etc.
Advertisement
Advertisement cookies are used to provide visitors with relevant ads and marketing campaigns. These cookies track visitors across websites and collect information to provide customized ads.
Others
Other uncategorized cookies are those that are being analyzed and have not been classified into a category as yet.
SAVE & ACCEPT
X